The Tigers summer recruitment finally kicked off in July with two new goalkeepers arriving at the KC Stadium. News broke on Friday 6th July that Manchester United’s Ben Amos had agreed to a season-long loan deal and would join the players’ training camp in Portugal. However as Amos will be joining Manchester United on their pre-season tour of South Africa before completing the deal, Steve Bruce’s first official signing came today and came out of the blue.

The six foot, four inch Swiss international goalkeeper Eldin Jakupović joined the Tigers on trial for a week in March 2012 as Nick Barmby cast an eye over him with a view to a free transfer move this summer. Barmby’s well documented departure appeared to have put paid to any move for Jakupović. When I wrote about City’s potential transfer targets last week, I didn’t include the Swiss because the rumours had long since died off and he was spending time on trial at Ipswich Town. However the news of this trial obviously provoked City into action with Steve Bruce calling on the clubs scouting team to stop messing around Football Manager and dust off their dossier on Kozarac’s number one. Goalkeeping coach Gary Walsh, the sole survivor from the management cull, will have had some input too. Jakupović signed a two-year deal with City on 9th July and joined up with the squad in Portugal immediately. 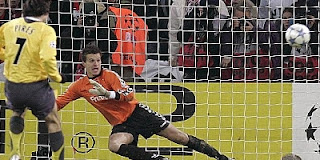 Jakupović is well-travelled. He was born in Bosnia (then Yugoslavia) but has dual Swiss nationality. He represented both countries at U21 level but opted for Switzerland. He went to Euro 2008 as back-up goalkeeper and won his only cap in a friendly against Cyprus. England will be his fourth port of call at club level having played in Switzerland for Grasshopper (twice) and Thun, in Russia for Lokomotiv Moscow and in Greece for Olympiakos and Aris Salonika.

Amos is an England U21 international who also has caps at all youth levels from 16-20. He is highly regarded at Old Trafford and made his Premier League debut against Stoke City last season after spending time on loan at Molde, Oldham Athletic and Peterborough United. He has been linked with Ipswich Town who appear to have the same list of goalkeeping targets as the Tigers. We’ve beaten them to Amos and Jakupović while Tomasz Kuszczak turned down both clubs to join Brighton & Hove Albion. 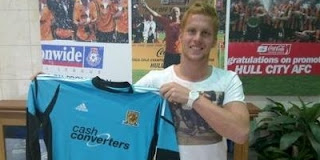 The signings will please some of the Tigers fans who were getting a little nervous that for a second summer in succession the only goalkeeper on the books heading into pre-season was Mark Oxley who is yet to make a first team appearance. To continue the déjà vu, despite being linked with a big money move for ex-loanee Vito Mannone, we’ve once again ended up with a loan ranger and a free agent as back-up. Last season it was Peter Gulacsi who joined from Liverpool hoping to get a season of first team football under his belt. He didn’t last half a dozen games in the first team and only stayed for most of the season because Liverpool refused to have him back. Amos looks a better prospect. He’s rated enough at Manchester United that he was preferred to Tomasz Kuszczak last season and was kept on as reserve goalkeeper when Kuszczak was allowed to join Watford. Apart from his single appearance in the top flight he has played little football at the top level so it’s going to be a big test for him to step up to the first team with a side that wants to challenge for promotion.

Jakupović will also hope to enjoy a more successful City career than Adriano Basso did last season. Brought in as an old head to help Gulacsi, Basso found himself as first choice after the Hungarian failed to impress. He did a fine job too before a persistent knee injury all but ended his season and probably his career. Jakupović is a good age for a goalkeeper at 27 and has good experience behind him. He’s been good enough to play at a good level in Europe, be involved in the Switzerland squad and has been linked with a move to Spurs on a couple of occasions. I’d imagine that Amos will be coming in on the proviso that he plays first team football but as we saw with Gulacsi last season, there are no guarantees that it will pan out that way. Jakupović should provide a good challenge for the #1 shirt.

These moves probably end the Tigers interest in Vito Mannone. Steve Bruce said last week that he’d be speaking to Arsenal about Mannone this week. One can only presume that City found the asking price for Mannone prohibitive and decided to explore new avenues. While it be nice to have a settled and long-term goalkeeper in place, it’s also understandable that the club would not want to spend upwards of half a million pounds on a goalkeeper when they feel there is value elsewhere. This is especially true if, as is rumoured, Mannone is going to be out of contract in a year’s time. Some will suggest the club have taken the cheap option which is probably true but something I support. Football transfers always have risk involved and there are no guarantees regardless of how much is spent. We should know. We spent two seasons in the top flight relying one two goalkeepers who cost a combined fee of £75,000. 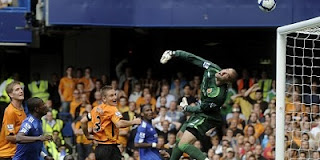 And it has been said that Eldin Jakupović is the Bosnian Boaz Myhill. But only by me just then!
at July 09, 2012