The last fifteen years have been the best in Hull City’s history despite battles off the pitch between fans and our horrible owners of late.

The resurgence kickstarted by Adam Pearson and Peter Taylor (soon to be immortalised in Richard Gardham’s book The Decade) taken to the next level, somewhat dubiously, by Paul Duffen and Phil Brown and then topped by The Allam Family thanks to Steve Bruce has seen the club reach levels we could only dream of as we stared relegation from the football league in the face 20 years ago. 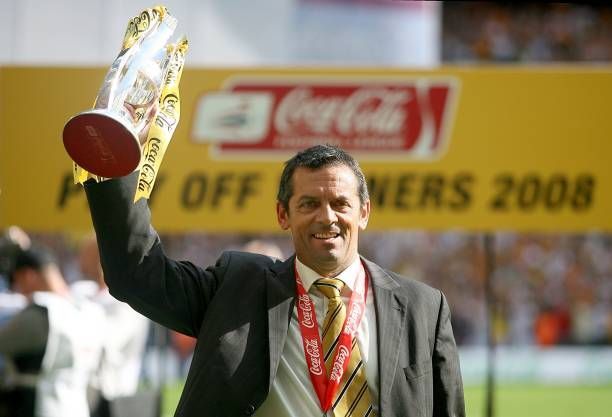 Promotion from Division 3 (now League Two) in 2004, going straight through League One in 2005, Play-off final wins at Wembley in 2008 and 2016, automatic promotion to the Premier League in 2013, playing in the FA Cup Final in 2014, a cup of coffee in the Europa league later that year. You all know the story. From oblivion in 2001 to facing Arsenal with the eyes of the world on us in 2014. A fairy story. A dream.

Well wake up, sunshine. It’s almost over. Unless Nigel Adkins and his players can pull off a miracle in the last 7 games of the season and make (and win) the play-offs, the future for City looks gloomy. It has been coming. Gates have dropped alarmingly since the abandoning of concessions and closure of the West Upper Stand at the KCOM Stadium and at a faster pace with every drop of enjoyment and ambition being squeezed out of the club. That Nigel Adkins somehow has the team competing in the top half of the Championship is miraculous but in no small part due to the few players still left from the Premier League days.

Those players, particularly Kamil Grosicki, Jarrod Bowen, Markus Henriksen and David Marshall are almost certainly going this summer. Grosicki, Bowen and Henriksen are too good to stay and too valuable to the Allams. No doubt their sale will be justified as “lowering” the scandalously high asking price the gruesome twosome hold over the club. Marshall is going because his wages are a throwback to a very recent but bygone age. The same is true of Evandro and Fraizer Campbell while Ondrej Mazuch, James Weir, Will Keane and Liam Ridgewell will surely go too along with loanees Todd Kane, Chris Martin and Marc Pugh.

That makes a potential 13 departures from a squad that is already weak and is without factoring any interest in the impressive Reece Burke, Jackson Irvine, Eric Lichaj and Daniel Batty or the chance sof cutting losses on the unimpressive Nouha Dicko, Jon Toral and David Milinkovic.

So how bad are things going to get? Every indicator suggests that City will have a bottom six, maybe bottom four, budget and squad for next season and that survival in the Championship will be a fantastic achievement for Nigel Adkins. Oh wait, that’s if Nigel Adkins is still the manager given that he too is out of contract and impressing potential suitors.

In 2016 City spent £13m on Ryan Mason. In early 2017, they spent £7m on Kamil Grosicki and signed the likes of Andrea Ranocchia, Oumar Niasse and Lazar Markovic on loan from Inter Milan, Everton and Liverpool respectively. Two years later they’ll be scouring Leagues One and Two, the Scottish Premier League and the reject bins from the Championship hoping to find players no-one else wants.

That in itself isn’t the end of the world. It’s a massive comedown and it will put paid to the support of some of the “less-hardcore” fans. But it’s a position many clubs are in and a trip into League One isn’t beneath a club of our size. The real kicks in the teeth are that it’s utterly needless, caused by the spite of the Allams in response to their failed rebrand, and its playing out amidst their refusal to fix the problems they’ve caused by removing concessions and chucking long-term supporters out of the parts of the ground they’ve inhabited since we moved from Boothferry Park.

For a club that is probably going to need all the help it can get in three months’ time, the way it is run has to change. Not in terms of finance - that’s always at the owners discretion in my book – but in the way it treats the players, staff and fans. The lack of communication is ridiculous. The lack of concessions unforgivable. And the lack of humility is driving the club off a cliff edge at a rate of Knotts.
at April 06, 2019 No comments: