It's been a busy week of Hull City news and rumours varying from the sublime to the ridiculous. Actually, most are just ridiculous... 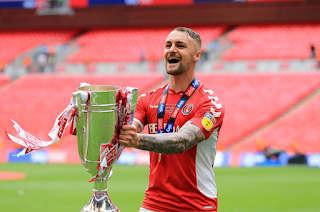 Radio Humberside’s top man David Burns has "heard whispers" that City are in for Bristol Rovers centre half Tom Lockyer. The 24 year old has 5 Wales caps and is wanted by Portsmouth and Nottingham Forest according to rumours elsewhere. Perhaps unlikelier, Burns has also heard rumours of a move for former City youngster Jamie Devitt. The Irish winger, 28, was released in 2013 and is now at Carlisle. Burns says Grimsby Town are also interested locally.

According to Notts Live, Forest are interested in Kamil Grosicki at around £2.5m. It’s miraculous that Grosicki is still here given the numerous links with moves over the last three transfer windows but City are now keener than ever to shift his vast wage and he’d interest any team with ambition in the Championship. I think he could do better than that though.

Even in an era where Rob Green and Lee Grant get moves to Chelsea and Man Utd respectively (to play third choice keeper), Football Insider linking David Marshall with a move to Liverpool was a weird one. Marshall was a target for the reds back in 2014 but his stock has fallen somewhat since then. He had a reasonable season with City and is available for free but don’t hold your breath.

Two players who look unlikely to be heading to Hull are Oldham defender George Edmundson and Tranmere Rovers’ prolific striker James Norwood. Rangers have had two bids rejected for Edmundson who has now put in a transfer request to try and force through a move according to Sky Sports. Norwood hasn’t previously been linked but the East Anglian Daily Times say he’s agreed to join Ipswich Town at the end of his Tranmere contract amid interest from The Tigers and Swansea City.

Freelance journo Pete O'Rourke suggests City are one of a huge number of clubs after Charlton Athletic centre-half Patrick Bauer along with Preston, Blackburn, Wigan, QPR and Reading. The tall, 26 year old German has had three good seasons at Charlton in League One and scored the winner in the play-off final last weekend. He’d be an excellent free signing for someone.

Another big centre-half 22 year old Matthew Clarke of Portsmouth has also been linked by the Portsmouth News. However he would command a very good transfer fee and the competition is strong if rumoured interest from Brighton, Stoke, Leeds, Reading and Bristol City is accurate.

Former City loanee Tommy Elphick was released by Aston Villa this week. The 31 year old was a big hit at City before Villa recalled him in January and according to Hull Live City are watching his situation along with two other players who were on loan last season and are now free to find new clubs in Chelsea right back Todd Kane and Bournemouth winger Marc Pugh.

Some ex-Tiger news at different ends of the spectrum. Former City youngster Matthew Bowman who was released at his request to take up a scholarship has now completed his studies and has signed for Dunfermline in the Scottish Championship. He’ll be one to keep an eye out for.

Wales winger Harry Wilson, who joined City on loan in 2018, has decided to move on from Liverpool according to reports this week. The rumoured fee of £25m will ensure there is no link back to City but he won’t be short on offers with The Mirror claiming clubs from the Premier League, Bundesliga and La Liga want him while The Star name Crystal Palace, Newcastle, Southampton and Brighton as suitors.

A list of all players linked in and out of Hull City so far can be found here
at June 01, 2019