Hull City: Where on earth do we go from here?

Nigel Adkins will not be Hull City manager next season. After weeks of meetings with Assem and Ehab Allam, they were unable to convince him to stay and take on their bargain budget rebuild challenge. 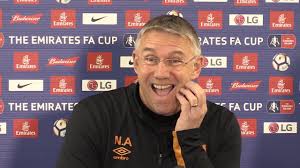 Adkins is the third manager to walk out on the Allams in three years after Steve Bruce in 2016 and Marco Silva in 2017. In between, Mike Phelan and Leonid Slutsky were sacked after failing to work the same miracles as their counterparts amid the constant sale/release of key players, erratic last-minute recruitment strategy and continued fan unrest.

This summer promises to be the lowest point yet for a club that has been slowly dying since the minute Mo Diame’s goal went in at Wembley in the 2016 play-off final. With hindsight that may have been the worst possible outcome despite the elation of the moment. The Allams decided not to sell a club they freely admit to not wanting to own that summer and it’s been downhill ever since. The “preparations” for a fifth season in the Premier League were shambolic. And somehow every summer since has been worse. 2017 saw Leonid Slutsky fielding youth players in friendlies while suffering the embarrassment of seeing players sold from within his pre-season training camp. 2018 saw players walking out on vague contract offers because they’d rather be anywhere but Hull.

This will be the worst. We’ve already seen divisions in the fan base reopened by a ridiculous vote on “membership” options for next season. Rather than fix a scheme that has seen (real) attendances regularly fall below 10k, the club offered fans the chance to vote on two models. One being the current disastrous model and the other being a return to a concessions model with the caveat that fans relocated to the North Stand will have to move again.

And now Nigel Adkins has decided that his future will be better served elsewhere. And not a single fan can blame him. He wasn’t universally popular when he arrived in December 2017 and his ultra-positive personality grated on many, particularly during times of struggle. But last Autumn, his belief and confidence in his squad and his methods turned a side struggling against relegation to one challenging, fleetingly, for promotion. His team played attractive, positive football and while they came up short – expectedly after the poor starting position – his reputation has been restored.

Adkins was hugely successful at Scunthorpe and Southampton before spells at Reading and Sheffield United left him on the scrapheap. He was desperate to get back into management and desperate to work for Hull City and has ensured through his hard work in the face of adversity that his stock is high once again. He had the option to stay and work with the Allams’ reduced budget and non-existent ambition or to leave as a free-agent and gamble on a job coming along that suits him. It was a no-contest.

So where on earth do Hull City go next?

Let’s not pretend that there won’t be applicants. In the same way there have always been players who want to play for our club, there’ll always be managers who see it as a step-up on whatever they are doing currently. But will any manager worth his salt fancy the challenge set by the Allams? The challenge of rebuilding a side without the likes of out of contract David Marshall, Evandro and key striker Fraizer Campbell and soon to be shorn of captain Markus Henriksen and flying winger Kamil Grosicki and star larker Jarrod Bowen on a fraction of the wage budget and with little of their transfer fees to reinvest.

While Nigel Adkins over-achieved in challenging for the play-offs last season, he did have key players through the spine of the team to work with. As well as Marshall in goal, Henriksen in midfield and a frightening triumvirate of forwards in Grosicki, Bowen and Campbell, he was able to sign Tommy Elphick for the heart of the defence. The difference in the team when just Elphick was missing for the second part of the season was obvious. The brains’ trust running City thought Liam Ridgewell was an appropriate replacement. That’s the frightening reality we are working with.

It’s impossible to be anything but hugely pessimistic for the season ahead. Off the field, the club claim to be interested in building bridges and a shiny new badge (with our name on it – shock!) was supposed to herald the start of that but the vote on memberships and upset caused over re-relocating the North Stand fans contradicts that completely.

On the pitch is anyone’s guess. Who knows who the Allams will find to replace Adkins. In their defence, they have generally made good managerial appointments. Even the ones that haven’t worked out have had more to do with their subsequent relationship than the actual appointment. And 18 months ago, no—one was excited at the prospect of Nigel Adkins. But regardless of the talent of the new man/men, they will be working with one hand behind their back.

Staying in the Championship next season will be a very good achievement.
at June 09, 2019