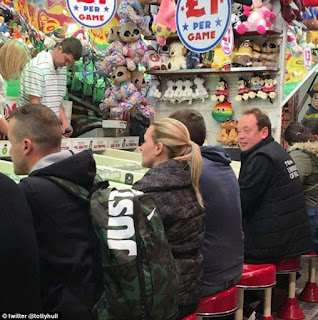 There was a delay in Slutsky’s appointment, for unknown reasons, but he was immediately identified as the preferred choice an no-one else was considered. Unfortunately, that would be where the decisiveness ended. Slutsky suffered the indignity of seeing players sold from under him time and again, most embarrassingly during the club’s pre-season trip to Portugal.

A number of departures were expected but the failure to replace them until well into August and the replacements being far from ready for action didn’t help at all. Slutsky’s pre-season, including that camp in the Algarve, was a complete waste of time and come the first day of the season he had a small, under-prepared squad. League form was mixed in August but it was in the League Cup where the problems with the squad were exposed for all to see. A squad of U23s had to take on Doncaster in the League Cup because senior players were already over-stretched with the early schedule. It was a clear message being sent to the ownership of Slutsky’s discontent at the hand he’d been dealt and, while the youngsters performed with distinction on the night, another embarrassing episode forced by our clueless “Vice Chairman”.

A largely miserable September followed as Slutsky shuffled his pack with regularity trying to find anything to build on. Mostly it was akin to filling your broken down car up with Cola to see what happens. A 0-5 hammering at Derby wasn’t as bad a performance as the scoreline suggests but it was the game that exposed Michael Hector as a modern day Neil Whitworth. City were better in vain at Fulham and were overawed in a David Meyler inspired 1-1 draw with Sunderland.

After a 1-1 draw at Reading thanks to Sone Aluko missing a sitter, the home defeat against Preston told us everything we didn’t want to know about this team. Preston, who’d eventually fall just short of the play-offs, had no stars and probably no player you’d swap for any of ours on paper. However, they were well set-up, quick on the counter, worked incredibly hard and took their chances. They were everything we weren’t. City’s problems were at board level. The whole club was a mess. The relationship with the fans was none existent and the atmosphere poisonous. Slutsky was left without his own backroom, backed in the transfer market far too late and with players he didn’t chose. But it was still worrying that his team made mistake after mistake, constantly looked wide open and failed to put in the effort required as a bare minimum.

One of the few highlights of the season came in the response to the Preston defeat – a 6-1 hammering of Birmingham. When City were allowed to play by meak opposition, they looked sumptuous and took apart Birmingham in the way Jon Parkin destroys a fish supper. Fabulously worked team goals from Markus Henriksen and Seb Larsson, two midfielders short of confidence in the early season were the icing on the cake. A trip to Norwich after the October international break failed to end run without an away league win that stretched back to the 2-0 victory at Swansea the previous August, thanks to a 94th minute concession from a long throw, but that run did end at Barnsley thanks to Fraizer Campbell’s phenomenal finish from six inches.

Was that the turning point? Er, no. Mid-table Nottingham Forest over-ran us on our own patch on the telly, Middlesbrough came to the KCOM and dismissed us with ease and then were battered at Sheffield United despite Kamil Grosicki’s superb opener conceding four times to Leon Clarke. Yep. Leon chuffing Clarke. Slutsky probably should have gone after that. There was no turning back despite his affable personality and the effort he put into the job and integrating himself into the local community.

He continued to try to change our fortunes but the team looked as ill-equipped in most games regardless of personnel. Attacking came easier but the side lacked balance and know-how and despite playing attractive football and scoring goals for fun, results didn’t improve. The players brought in during the summer being far short of what was needed didn’t help. Michael Hector’s form fell off a cliff once the kids went back to school – maybe he’s a teacher on the side? Kevin Stewart never looked fit, never looked confident and never looked capable of anchoring the midfield. Jackson Irvine was in and out of the side and never in the right position. Ola Aina was thrown in at left-back to try and solve the defensive issues and he was poor enough in his favoured position. Fraizer Campbell was another who was nowhere near fully fit and a shadow of the player we’d had a decade earlier despite always putting a shift in. Stephen Kingsley got an injury early into his City career and never recovered. Only Seb Larsson made a positive impact. It was doomed to fail.

We were the better side at home to Ipswich but drew 2-2 because of our deficiencies at the back, the better team at Millwall but drew 0-0 and by far the better team for seventy minutes at home to Bristol City but lost 2-3 having been two up to a team whose togetherness and belief was evident as our fragile lot crumbled. Ironically, Slutsky’s final game saw his team finally show some backbone in rescuing a 2-2 draw at Sheffield Wednesday. He was sacked on December 3rd with the team 20th in the Championship.

It was the right decision. It was a brave appointment and one that could have succeeded if the people running the club put a single thought into anything other than annoying the fans and buying expensive toys. But with what he had to work with and the support he had, it just wasn’t working. The shadow cast by his replacement being the ugly shape of “Mr Motivator” Nigel Adkins made you question whether it even mattered but as a cold, hard decision – it had to be made.

I really liked Leonid Slutsky. Not just because he went to Hull Fair and spoke in amusing broken English but because he was a thoroughly decent man who adored the opportunity the club gave him. His happiness shone like the Spurn Lightship – when it worked – but he was quickly broken by the imbecile we call a “Vice Chairman” and didn’t have the knowledge of the English game to grind his way out of trouble. Those above let him down, that’s obvious, but the players did too. The new arrivals were almost entirely pointless, the players he’d banked on loaning from Chelsea were useless and players he inherited like Henriksen, who took a huge amount of time to adapt, and Grosicki, who’d rather have been in Guantanamo Bay than the KCOM Stadium, meant struggle was obvious and relegation had become far more likely a proposition than troubling the play-offs.

We needn’t have worried though. Outside the KCOM Stadium sat a man whose house has mirrored floors, walls and ceilings with a copy of “101 things Ghandi would say if he was a football manager” in the glove box and “I am the one and only” belting out of his iPhone.
at May 06, 2018