Here's the latest round-up of Hull City tranfer news from a week dominated by the future of Tigers' now ex-boss Marco Silva. 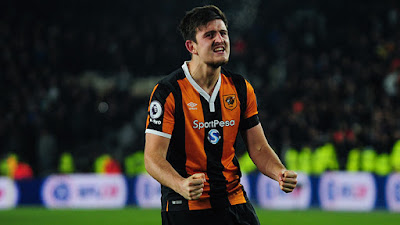 In his column in the Daily Star, Paul Hetherington claimed six clubs are chasing City centre-half Harry Maguire. Spurs, Everton, Southampton, West Ham, WBA and Newcastle were the potential suitors mentioned. Hetherington said The Tigers hope interest in Big Harry, who has a year left on his contract and will not be extending it, "creates a bidding war and they bank £20m." That might be somewhat ambitious.

The Daily Star also claim Marco Silva is the favourite to take the vacant role at Watford while the Daily Mail have Silva as Southampton's choice to replace Claude Puel.

In a story that appeared in the print version of the Guardian and was copied from "news" site to "news" site - Steve Bruce's Aston Villa were linked with signing Ahmed Elmohamady. The link is no surprise, Bruce signed the Egyptian for both City and Sunderland. It may well be the right time to depart for Elmo whose written his name into City history with two promotions and an appearance in the FA Cup Final but is coming off his worst season in black and amber.

In his programme notes ahead of the 1-7 drubbing at home to Spurs, Vice Chairman Ehab Allam wrote "There is no doubting that this coming summer will be a vital one for us but we’re looking forward to it. Plans are already underway in terms of rebuilding and reshaping the squad to ensure we give ourselves the best possible start to the season."

According to the infamous "Sky Sources", Marco Silva flew to Portugal to hold talks with Porto about their vacant manager's job. This was later said to be a wind up amid claims Silva was in Switzerland signing a deal to become the face of a watch manufacturer at the time.

Millwall have offered a new contract to long term City target Fred Onyedinma. The 20 year old winger was linked with The Tigers and QPR as far back as April 12th by the Football League Paper. He's now out of contract at the Den and is said to have made up his mind about his future but QPR are firm favourites to snap him up.

The Tigers announced their "retained list". Alex Bruce was the only senior player released after Shaun Maloney was offered a new one year contract. Bruce caused a furore on Twitter by appearing to suggest Hull City's official tweet about the news was the first confirmation he'd had.

All six loan players have returned to their parent clubs. Unsurprisingly.

There were several releases in the U23 and U18 squads as striker Johan Ter Horst and defender Brad Maslen-Jones, signed from Folkstone Invicta and Peterborough respectively were let go along with forwards Luke Lofts and Marc Kelledy and right back Stephen Akbas. I hope all of these young players get a chance to get back into the game at a new club ASAP.

Crystal Palace were the latest club linked with a move for Marco Silva after Sam Allardycce's shock retirement. The Guardian say the club who doomed City to relegation want to pip Porto, Watford and Southampton to Silva.

Ghana Soccernet spoke to Anderlecht and "Black Stars" winger Frank Acheampong who claims a move to City fell through last summer as the Belgians would not let him go. 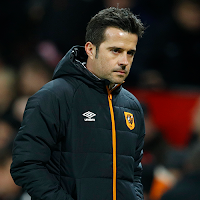 At a meeting with Ehab and Assem Allam last night, Marco Silva informed the pair that he will be triggering the relegation release clause in his contract and leaving The Tigers. The news was finally confirmed on the official club website 24 hours after everyone had worked it out.

The Independent already claimed Silva was choosing between Watford and Crystal Palace as links with Porto and Southampton cooled.

Sky Sport Italia, who I'm not convinced exist, are said to have reported that ex-Tiger Andrea Ranocchia is a target for Watford, Olympiakos and - to really rub salt into still open wounds - Swansea City. Story via football-italia.net.

In real news, the EFL announced a fee of £100,000 has been set for England U18 Goalkeeper Will Mannion whom The Tigers signed from AFC Wimbledon last summer.

Ehab Allam spoke to the club's in-house media (the only outlet he uses other than Sky Sports) about the departure of Marco Silva, the plans for summer tranfers and the unlikelihood of the club being sold.


The Telegraph were among many, many news sites to claim Marco Silva is closing in on a move to Watford. It's a club who's manager turnover makes Leeds United look sensible - good luck to him, he'll need it.

Matt Dean of Radio Humberside and Look North tweeted that he's reliably told Stoke City are interested in City starlet Josh Tymon. The left back turned 18 last week and is now able to sign a professional contract but has been unable to come to terms with City. I've previously been told of interest from the West Midlands in Josh.

In another rumour from Twitter, Polish Tigers fan Artur Klinski tells us that the media in Poland are saying Kamil Grosicki has offers from six Premier League clubs.
at May 26, 2017